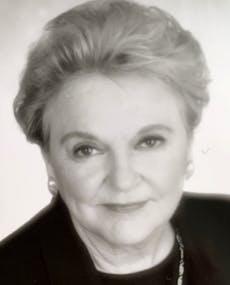 Ellwood served as treasurer for the NCFR Board of Directors in 1986. She is best known as the founding executive director of Minnesota Early Learning Design (MELD), a parenting group network that she began with funding from a Lilly Endowment grant. The idea of parenting groups was innovative at the time, as most programs focused solely on children. She was encouraged to work on the project by Walter Mondale, the future U.S. vice president, who was a senator at the time.

The program was so successful it was replicated in states across the U.S. and other countries. Over the years, MELD helped tens of thousands of parents navigate issues such as children’s health, nutrition, discipline, safe toys and other concerns.

“She got a national movement going and I think she made a real difference in America,” Mondale said.

“Our philosophy is simple,” Ellwood once said in an interview. “We believe that if you can empower parents to deal with their own problems, you can change the whole family.”

You can read her full obituary in the Star Tribune.

A eulogy for Ms. Ellwood will be given at the 2020 NCFR Annual Conference in St. Louis, Missouri, as part of the memorial service held at each annual conference.

During this service, the names of any NCFR members who have recently died are read aloud. Members who have served as an NCFR board member, journal editor, or are conferred NCFR Fellow status are given a eulogy.

If you learn of an NCFR member who has passed away, please email Trip Sullivan.

Get the latest updates on Family Science & NCFR in our weekly email newsletter: